One of the greatest lessons that I have learned from Weight Watchers is “to keep your Why, nearby!”  I had a very specific “Why” in 2016 that helped to propel me and others to better health and service.  In August of that year, in honor of one of my former Army colleagues,  I and others from Accenture decided to do a walk to raise money for Veterans.  But this was not your normal fun run or walk.  To honor the huge sacrifice of all Veterans lost in battle, the only fitting tribute was a Kennedy Walk.

John F. Kennedy introduced this 50 mile walk in 20 hours.  People still do it every year along the Potomac.  My company Accenture sponsored the walk to support the Merivis Foundation and the young Marines of the Capital Area.  The icon that you see on my blog is me at the end of the first Kennedy Walk.  The picture below is of some of the participants for the most recent walk on Veterans Day, 2017  (this year I switched it up and did 200 pushups instead of 5O miles). 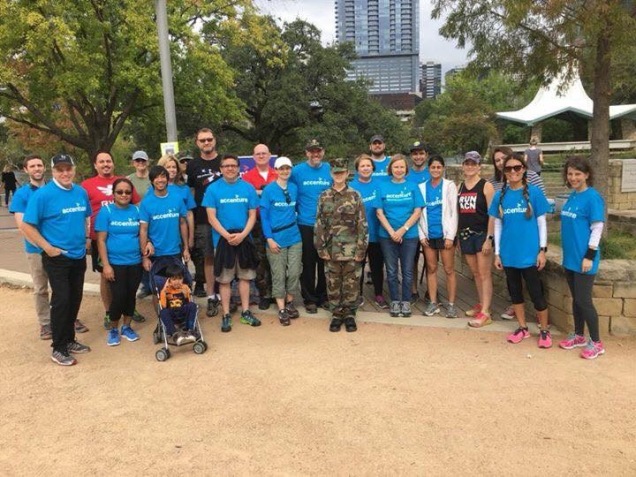 Here is the introduction on why we had the walk.  The picture of John Kennedy was given to me on my 20th birthday from my roommate at the Academy.

If you are a Veteran or further interested in donating, here is a link to Merivis Foundation that trains Veterans for positions in IT.